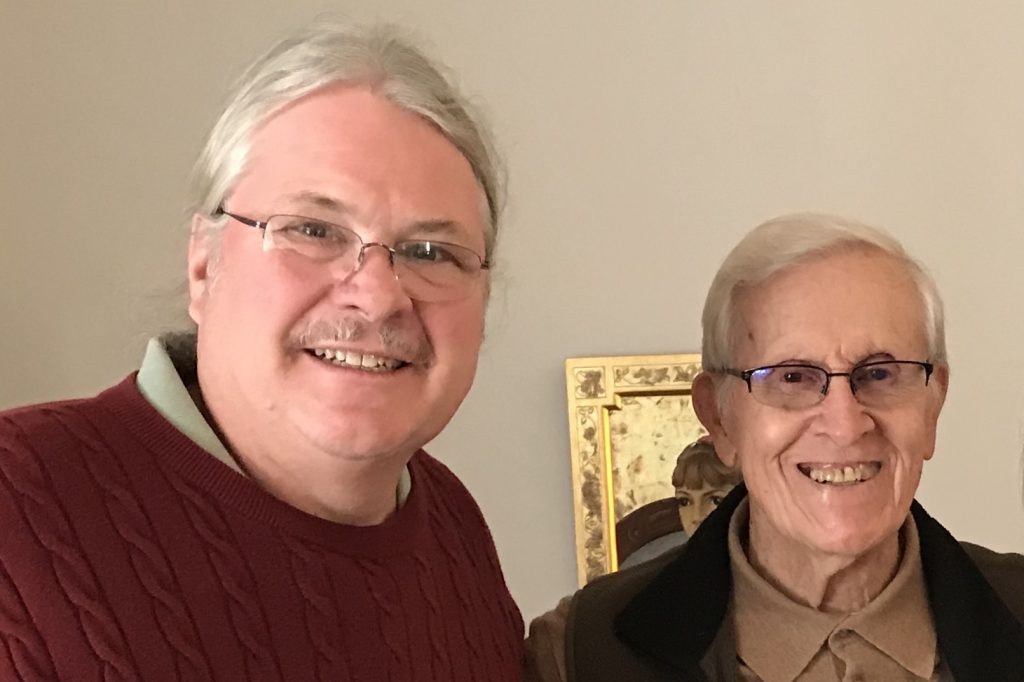 Happy Birthday Paul!  It’s been a while since we knocked on doors to get you re-elected.  I was always happy to help elect a gentleman of integrity–someone who cared for and respected the rights of all New Mexicans.  Best wishes for your virtual birthday celebration.  You’ve made many friends over the years, and I am proud to be among them.

The following photos are from December 20, 2017 when Paul led a tour of his home for a friend who was in town from Austin, Tx, but she was not in town for the Naciemento open House.

The first photo is Paul with Friends of the Taylor board member, Sherry Hulsey