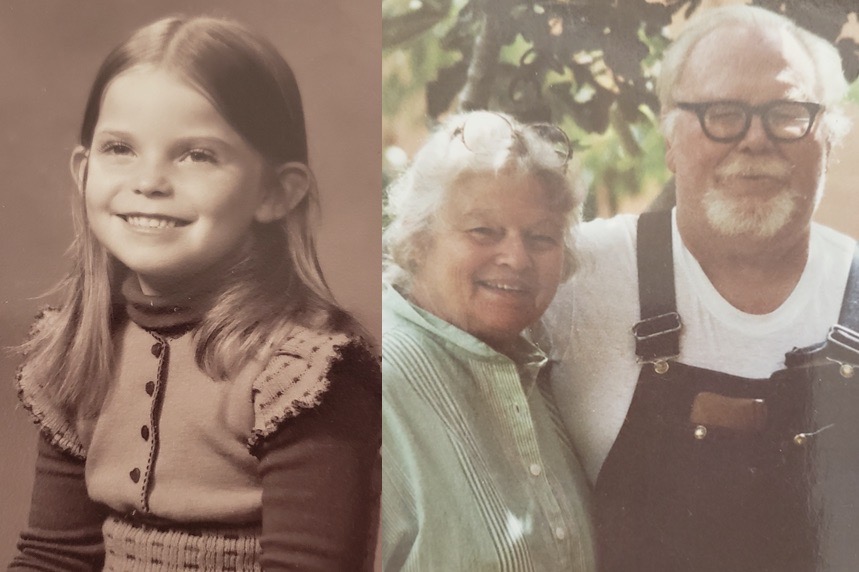 Happy Birthday!  Happy 100th Birthday! What a celebration.  I am so happy for you.  I have many fond memories of the Taylor family.  My first probably came when you were the landlords for my grandmother (Elizabeth Elder) and Marylou Leger’s store on the plaza, Las Viejas.  Their needlepoint store was in business for several years in the early 1970’s.  I looked hard this morning for pictures of the opening of that store.  I found a few of the inside which included quilts and rocking horses. They later moved next door to a house that was closer to the church.  They expanded and began giving needlepoint lessons.

It was about this time that my parents got divorced and my mother Kathy and I moved back to Mesilla.  You and Mary were then our landlords as we rented the space that Las Viejas used to be in.  I went to the second half of second grade at the old Mesilla school and would walk over passed my grandmother’s shop and San Albino’s to have lunch at the other school building. She and Marylou would come out and wave to me everyday as I passed to and from lunch. I remember going to Christmas parties at your house.  We would walk down a long corridor and enter on the right.  There on the wall as I walked in were two HUGE painting of people. A man and a woman dressed in black with very serious facial expressions; and when you are seven they were scary looking people!  I ate fruit shaped marzipan candy at your party.  I remember doing Las Posadas on the plaza.  I remember seeing Mary walk with her cane to the post office. My grandmother and Marylou bought Pot-of-Gifts and moved into the blue front store.

What a fun place to spend summer vacations. My mother remarried, and we moved to Santa Fe.  I came back to Las Cruces to go to college and became a teacher. (I just completed my twenty-second year in education) I met your daughter at I believe a PDK function, she was a teacher too.  When my grandfather Glenn died you sent the most heart felt letter of condolence from the State of Colorado. I found that letter not too long after we moved when I was going through a box of memories.  I grew up and got married… had a son who is in college now.  On one of our many trips to Santa Fe to visit my parents, we took Mitchell to the newly opened New Mexico History Museum.  Mitchell was about twelve.  We walked in and I rounded a corner and there they were… those to HUGE  paintings of people, still dressed in black from my childhood, staring down out me once again.  How nice of you to gift them to the museum.  I have many more fun memories, but these are the ones that stood out. Mr. Taylor you have indeed touched many lives, mine being one of them.

I have included a picture of how you probably remember me and my grandparents Glenn and Elizabeth Elder.  May your Birthday be blessed with one-hundred warm memories and may you live on to make many more.